Our commitment is to advise you to protect your heritage.

Carlos Lemus Sales Director of Lemmus Real Estate in Bahía de Banderas, shares his vision about San Pancho, one of the micro-destinations in Riviera Nayarit that will have the most development in the short and long term.

Born in Mexico City, Carlos Lemus Mateos arrived in Puerto Vallarta in 1986 at the invitation of his brother Miguel Ángel to collaborate in a real estate agency he owned.

Later he joined the SIDEK-SITUR group and from that moment on, he began to tour the country while focusing on the direction, supervision and coordination of works, sales and marketing for the different developments that the group had in:

Although in October 2005 he made the decision to come to settle permanently in Puerto Vallarta, four years earlier Lemmus Inver-mexico Real Estate was born in Cancun, a real estate agency run by the Lemus Mateos brothers. Once here, and with the experience gained, Carlos together with another partner founded Pacific Lifestyle Properties, a developer that began to build properties within El Tigre Club de Golf.

After the success of the commercialization, they began to look for other opportunities of greater dimension in the bay.

His most recent construction project Punta Paraíso, a 44-unit beachfront condominium that will have a two- to five-bedroom apartment. San Pancho is one of the micro-destinations of Riviera Nayarit that will have the most development in the short and long term. He then explains the potential, challenges and development that is coming for that area.

“First of all, it is a place of great natural beauty and has a lovely beach. Its community, despite oscillating between 800 inhabitants, offers a nine-hole golf course, an area hospital, several restaurants and a boutique. In addition, due to its own geography, San Pancho does not run the risk of becoming over densified as it is a flat region and the hill has the density of use R4, that is, only 10 inhabitants per hectare. In addition to that, it is located in a central area of ​​what is the current development and the future plans that are had for Riviera Nayarit. For example, it is planned to build an airport around Las Varas and that will obviously attract more development. In fact, there are many things that come to that place”,

According to Carlos Lemus, in order for San Pancho to improve its situation or not decline, it is not only necessary to take care of and respect the Urban Development Plan but also to ensure that it enriches it:

“We have put forward several proposals, including installing signs or creating an urban profile . We have been working with some areas of the Municipality to see if we implement an architectural image and bring a campaign to sterilize dogs. Traffic is an issue that must be resolved in the short term. We have spoken with the ejido – which also includes Lo de Marcos, Sayulita in Higuera Blanca – and different community groups to seek solutions. I proposed to control it. Taking into account that there are few entry and exit streets, as well as places to park, an area should be created to concentrate all arriving cars and leave access only to locals. Of course, leave everything.

Very pedestrian so that visitors who only go to the beach leave their cars where they belong and / or a little train-type transport is implemented that is constantly circulating.

In addition, he mentioned that work should be done to improve the infrastructure:

“For example, SEMARNAT is asking us to put a treatment plant in our development to relieve the current capacity. However, in San Pancho there is already a new treatment plant that has not yet started due to lack of public resources. Instead of investing in ours, we are negotiating with the city council, the ejido and other parties involved to inject the resources – which are quite strong – and finally make it work. There has been a good reception and we hope that it will soon materialize. It’s looking for mechanics and I think things will start to turn out soon”.

In addition to its proximity to Sayulita – which is already overcrowded and is only 3 minutes away by car – it will help diversify this overflow. For all this that has been mentioned, San Pancho is going to become a very privileged area in terms of its density and uses.

Before concluding, Carlos Lemus did not want to miss the opportunity to express other aspects inherent to development: the conurbation of Puerto Vallarta and Bahía de Banderas.

“One of its great benefits will be to be able to lower special and specific federal resources to invest in the welfare of the habitants. For example, right now we only have one boulevard that connects the two destinations, and once the conurbation occurs, we will surely see more avenues, bridges and job opportunities. We have to be the main actors to be able to land this much-talked about, expected and necessary issue”, 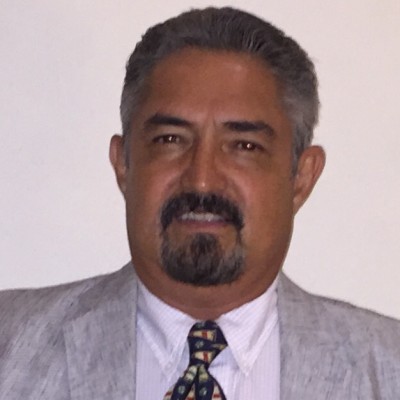